Guest starring new-comers Pixie and Winston
and their adorable litter of 7 NewfieDoodles!
DOB:  1-6-21 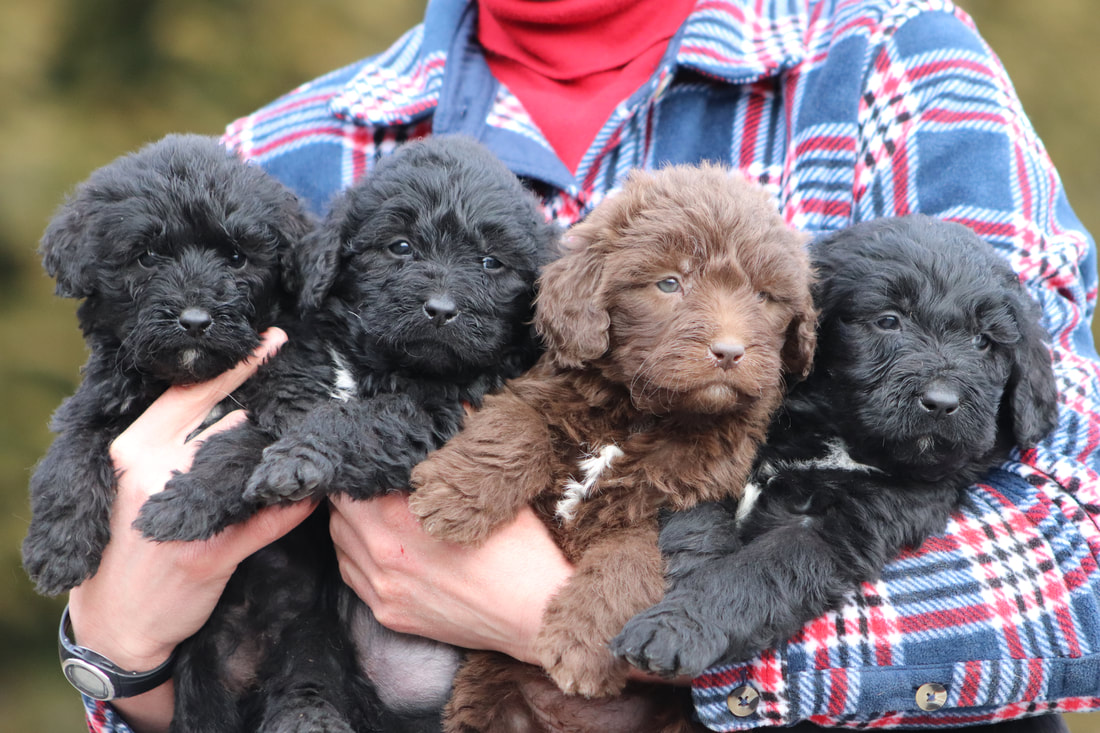 Peggy - "Lucy"
HOME WITH AMY T. AND FAMILY IN CA!
3-28-21 update
Peggy, now Lucy has settled in nicely! Her favorite things to do are play fetch with a small Kong ball, wrestle with her fur brother and snuggle in the evening after her hair is brushed. Her food and water bowls had to be moved outside because she also loves to play in her water bowl! We can't wait until it gets a little bit warmer to go swimming. Please enjoy these pictures until the next update!

Hello Edee,
Hope this email finds you well. Peggy aka Lucy celebrated her first birthday on January 6th and we wanted to share an update! She's a healthy, 60lb fun loving girl who is a gentle Nanny dog. Her favorite things to do are go on walks, car rides, run around in the rain and take baths. She loves playing with her toys and carrying them with her all over the house. She's sneaky and playful and likes to nibble toes and make new friends. Her are a few pictures that capture her sweet but silly personality.
Until next time,
Amy
Paula "Cinnamon"
​Home with the George Family in Atlanta, GA!
1-6-22 update
She is a very loving dog. She loves every member of the family and wants to be where we are at all times. She prefers to lay on top of us!
She recently weighed in at 62lbs, so she has stayed on the small side. However, I’m not sure I could’ve handled any bigger! She loves walks and to play chase.
We love her and may, one day, try to get her a sibling!
Poppy "Pepper"
​Home with Lynne and Michael in Hillsborough, NC!
Poppy is very playful, curious, and confident. She has the sweetest little face!
Paisley "Delilah"
Home with Linda in NJ!
Paisley is attentive, observant, and on the quiet side, and has adorably sweet eyes. 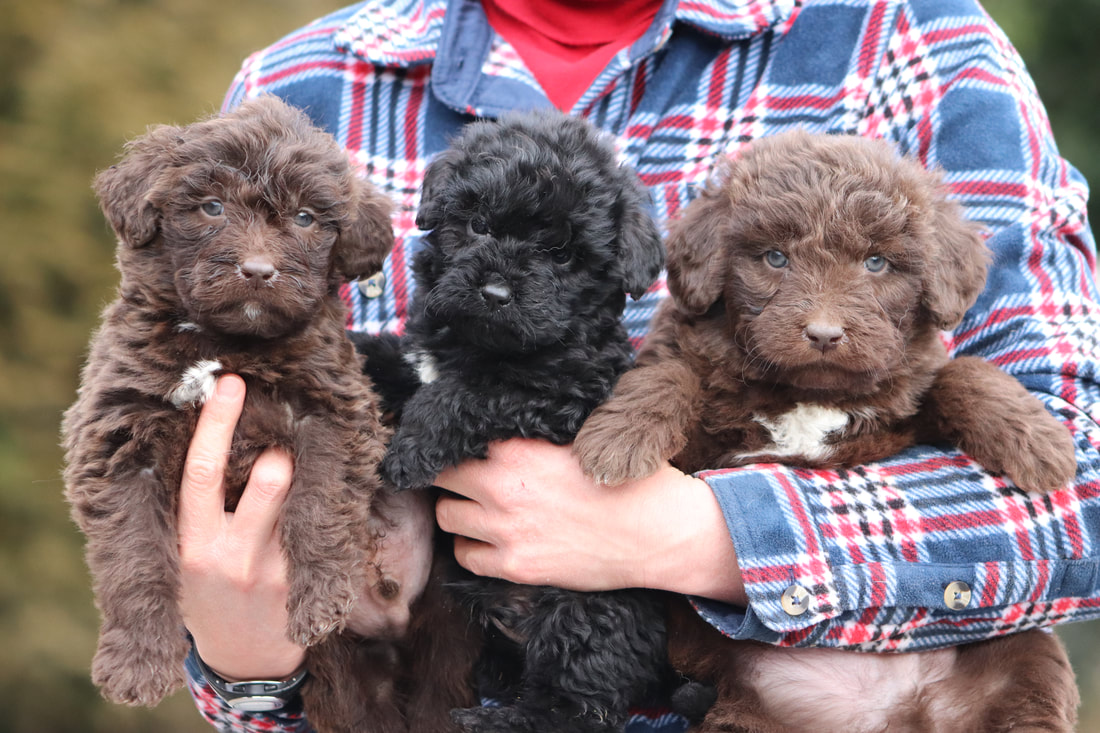 The boys left to right: Pippin, Pete, Porky
Pippin "Yogi" (See cute video clip below)
Home with Janet in Nags Head, NC!
August 2021 update:
I just wanted to share some recent pics of our Yogi!!! He’s such a sweet playful and gentle soul! He’s about 60 pounds of cuddles at 7 months old. :) Janet

5-5-21 update
Our baby boy is getting BIG! Almost 30 pounds now and full of energy! He sleeps through the night and has almost got potty training down. He is such a sweet and spunky tempered puppy and has made several doggie friends with some of our friends/families’ babies too! He loves the beach and went swimming for the first time this past weekend. We love him more every day!
The Creef’s

First update:
Just wanted to update you all. Yogi is such a huge huge blessing to us! Our son Seth was so excited to meet him and he has been doing wonderful in his new home. We are still working on nighttime routine which seems to be the toughest but I’m sure it will get better over time. He does amazing on walks though and loves to be outside! Thank you so much for allowing us to make him a part of our family! We will certainly keep you updated as he grows.  Janet
Pete "Packer"
Home with the Schueler Family in Canton, CT!
1/6/23
​Our favorite fluffernutter, Packer (Pete) is 2 today!  So incredibly cute and also still the sweetest pup ever!  He's 70 pounds.

January 2022
Packer is doing so great. :) He's weighing in at about 62lbs.  He's still such a love bug, hangs out with us all day, loves his walks, plays hard-sleeps hard, we did some group style obedience classes which pretty much knocked him out each time we went because it is SO HARD to sit still and listen and resist the other dogs for a whole hour! lol  He just loves everyone and wants to be near everybody.
We are so thrilled with his overall disposition, look, and temperament. He still has so much puppy in him at a year old too. Excited about everything, so playful and loves any and all amounts of attention.  Honestly, he is such a ham too! 😆 He keeps us laughing all the time. ❤️

And yes, he is completely beautiful!  Super fluffy! His coat is pretty irresistible. ❤️

7-28-21 Update
Full size chair (see picture above)! He's that big now! We weighed him yesterday and he came in at 49 lbs! He's a lot of puppy! 😄 I can't get him to hold still long enough to get a height on him. He just wants to play with the tape measure 😂 but I feel like he's getting some good height too 😀. And of course he's still just the sweetest thing ever. 😍

First update:
He is such a love! He plays hard and crashes hard and his snuggles are the best!  He travelled really well and he's settling in nicely and bonded quickly with the kids. :) We're all thrilled that he's here and very grateful to have him as a part of our family. Thank you so much again for all the time you spent answering questions and for this sweet and well-loved pup!
Porky "Hank"
Home with Nick and Haley in Franklin, TN!
9-16-21 update

Wanted to share a quick update on Hank. He is currently 70lbs and could not be any sweeter. He has such an amazing disposition and loves to snuggle, play fetch and chase Dana out in the field. He has been the absolute perfect addition to our family!
So what do you think?
Is Pippin cute, and smart, and sweet?